I promised to stop at TWO 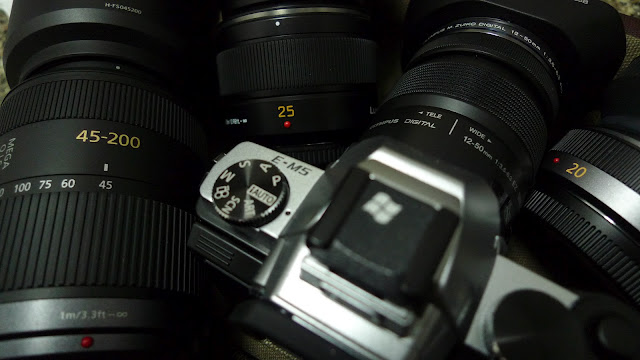 It was going to be just the 12-50mm kit lens and then a 20mm f1.7 Panasonic Lumix prime lens (from Adorama btw). I promised to myself.

Then Amazon had a major discount on the 45-200mm telephoto. So I got to have it. 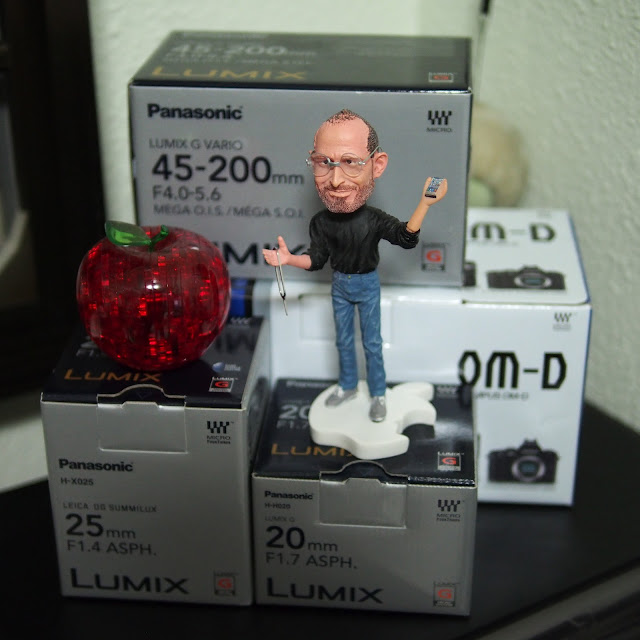 So much cheaper than buying locally in Singapore.

Now I end up having 4 lens. So much for keeping to my word. I think I've stopped believing in myself.

But damn do I love these lenses. Especially the 25mm. Don't tell the others. :)

Here are a few shots taken with the 25mm for your enjoyment: 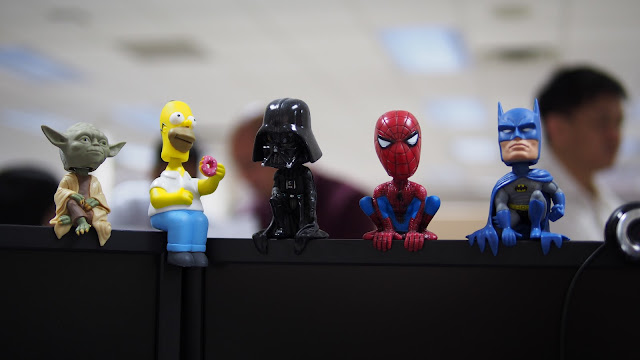 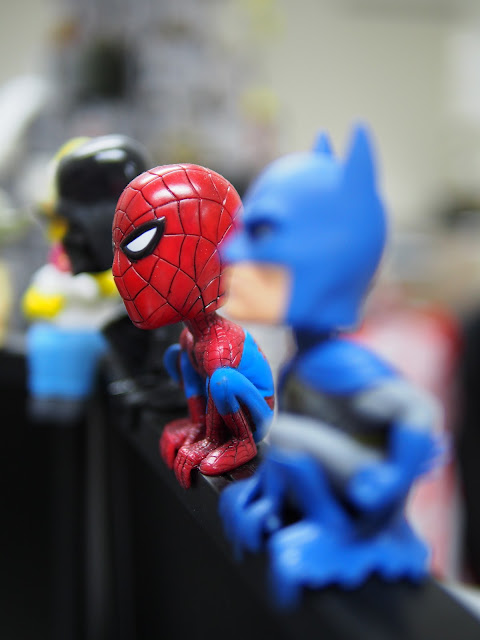 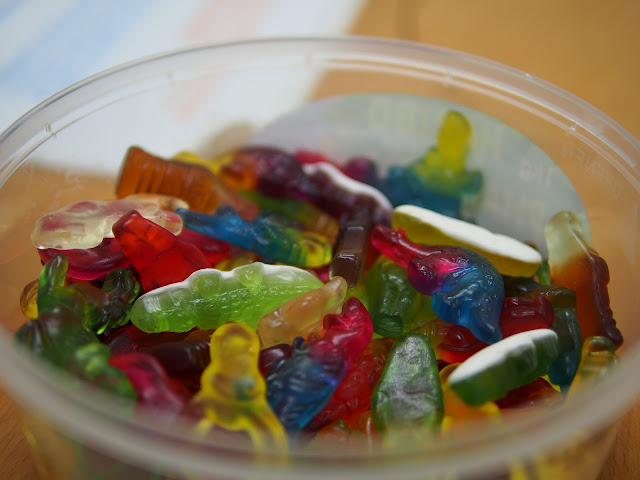 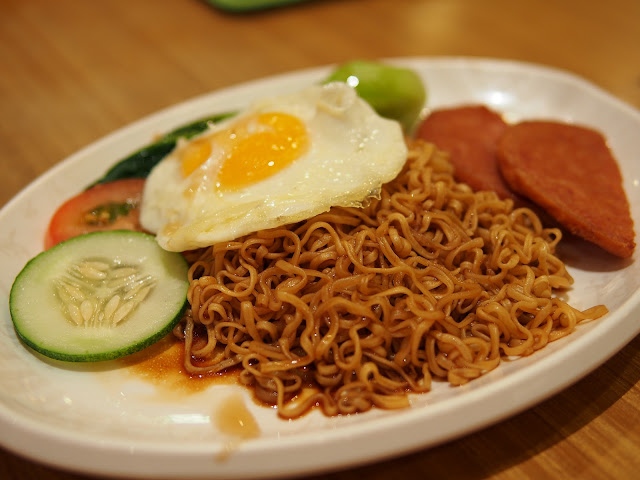 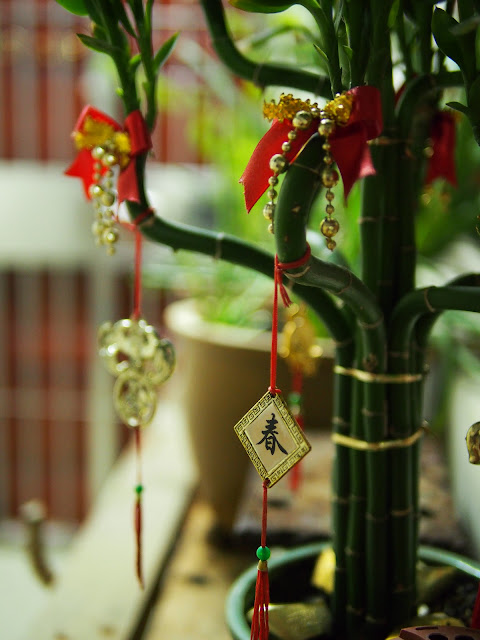 I took over a thousand photos in that one day. Not on purpose for this project.

Rather, it's because of two significant events on that day.

It's the first time I tried sports photography. My colleagues were playing basketball and armed with my spanking new system camera, why not?

Most photos turned out terrible. Haha... But here are my submissions to aday.org 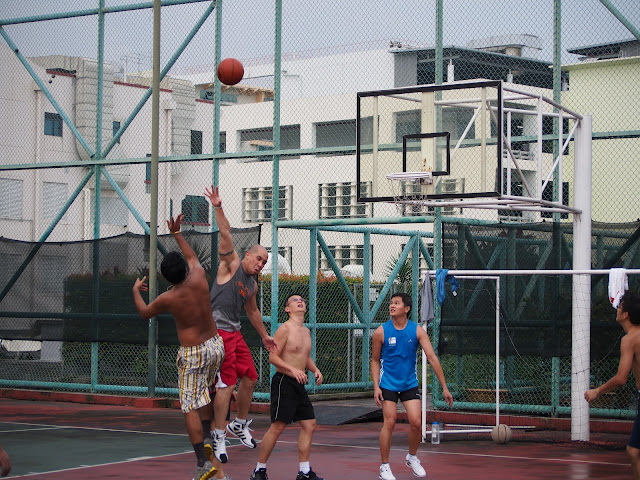 The first time I've tried sports photography and it's a rooftop basket session with my colleagues. I've just bought a new Olympus OM-D E-M5 so... why not? :) 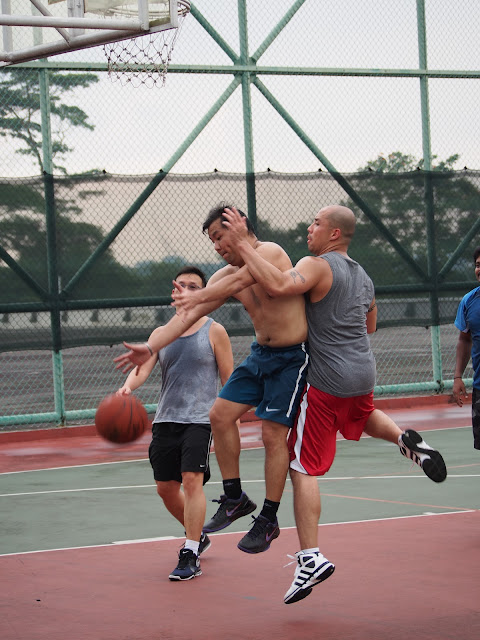 Then I was off to the Diablo 3 launch at Funan Centre. These photos were sent to aday.org as well. 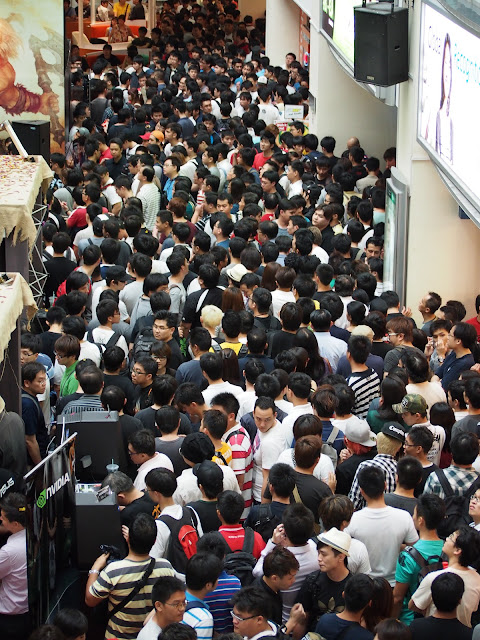 A small part of the 6000+ maddening crowd who turned up at the Diablo 3 launch event in Funan Centre, Singapore. 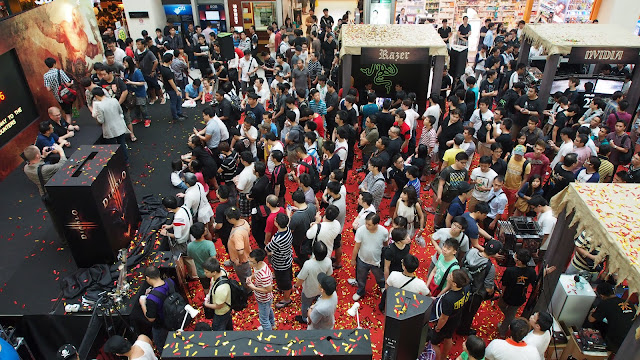 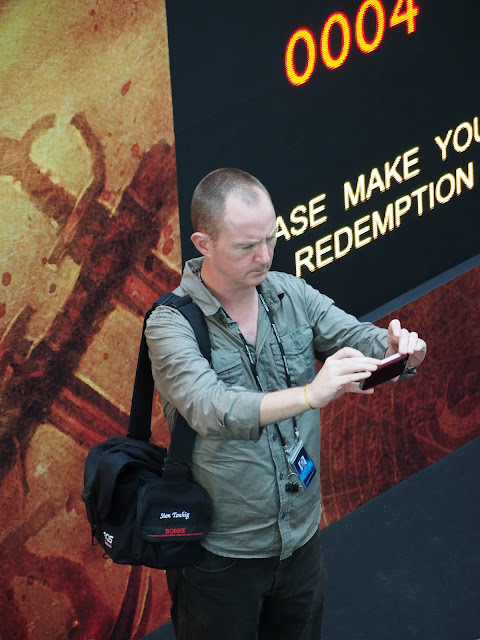 Sion Touhig, award-winning professional photojournalist shows us that it is not necessarily the best camera that makes a photo, it's the photographer with what he has. Thus, leaving the DSLR in the bag and taken pictures with a mobile phone in hand.

Well, at least that's my interpretation... 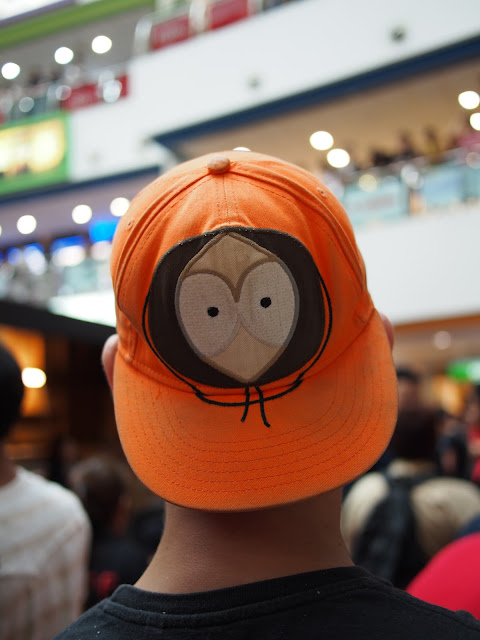 It has been years since I watched South Park. Whoever killed Kenny and made him a cap... YOU BASTARD!! 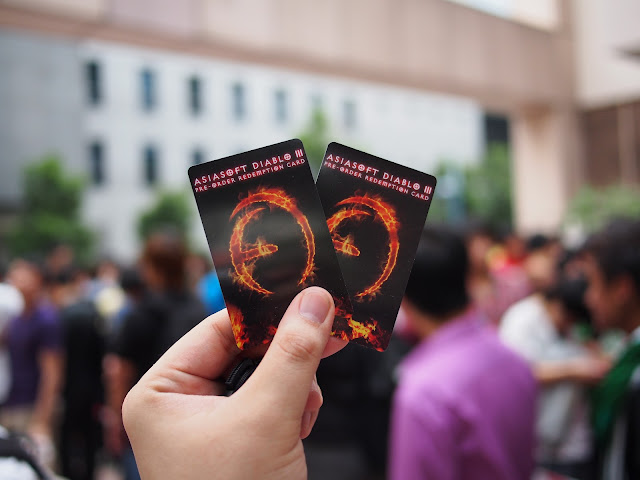 The precious 2 pre-order cards to claim 2 box copies of the game Diablo 3. 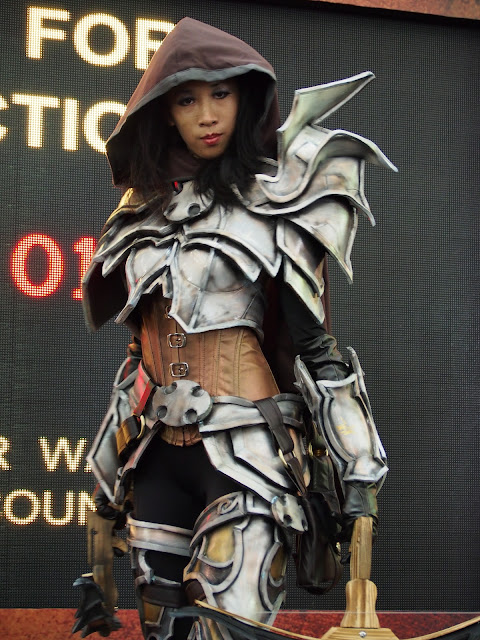 A lady demon hunter appeared in the midst of the Singapore Diablo 3 launch event.


I submitted a total of 10 photos. So here are the remaining 2. 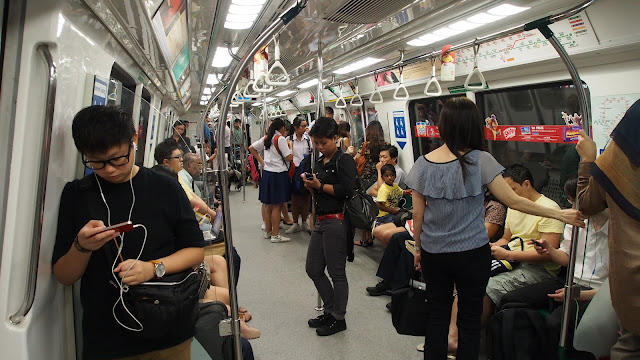 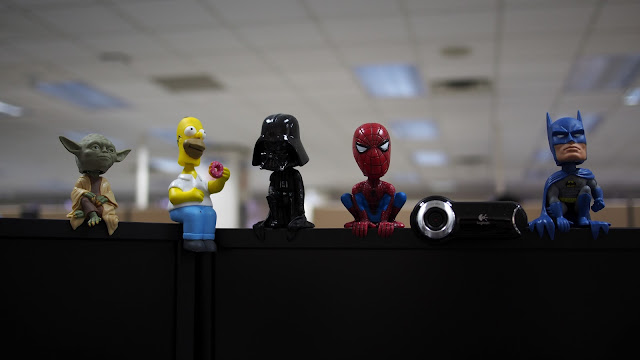 These are the guys perched on top of my monitor bobbing their heads away. They are the mentors I report to at work everyday.

I have no photos to post. I'm feeling very hurt right now.


At the Diablo launch in Singapore, I was humiliated. I know I'm fat and an overweight pig.


The emcee could obviously tell I'm twice the weight and twice the age of that other guy on stage. Yet, we're required to do push-ups to win?


I really regret going up the stage to be laughed at like this. I did not see any other contestants needing to do push-ups. At most rush, a for the mic. I almost even fell off the stage getting up.


I was there to take photos and blog about the incident. Right after the embarrassment on stage I just stopped doing so.


Why are you guys doing this to me?! I'm so angry and hurt now I'm not even trying to play the game anymore.


Does it feel really good to attack someone like this? You had your fun now?!
@ 11:45 PM No comments: 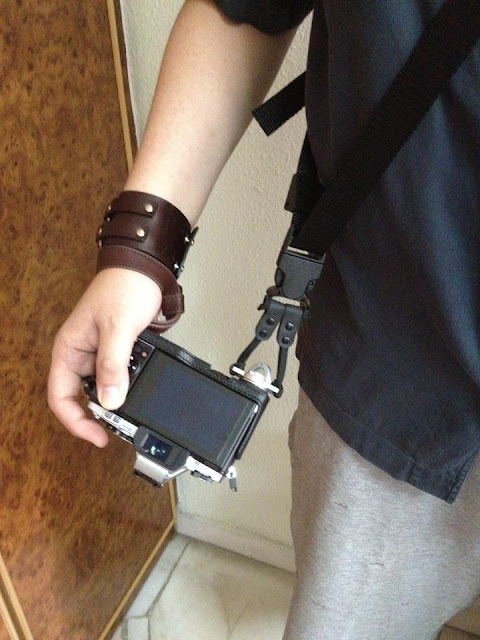 Cam-In Calf Leather Wrist Strap - S$22Custom SLR Glide Strap with C-Loop - S$88The amazing glide strap lets me use the camera in a "gunshot" style. I can just slip out of the wrist strap and leave the camera hanging at my side. When I need to use it, merely glide it up to my torso easily and take the shot.

One thing about using this on the OM-D E-M5 as oppose to using a traditional leather neck strap... the lugs on the camera does not get in the way of pressing the shutter. 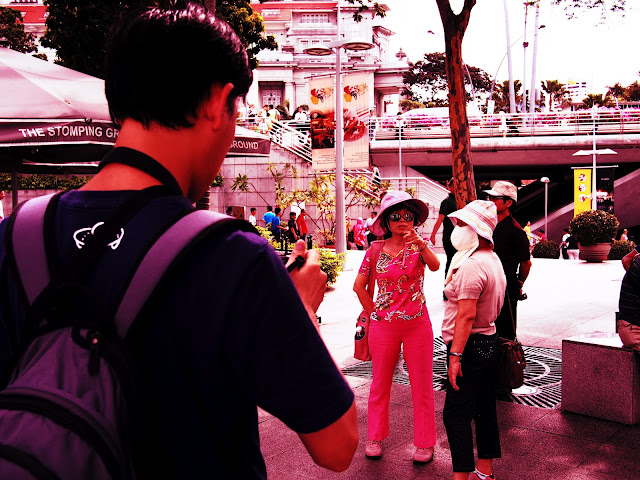 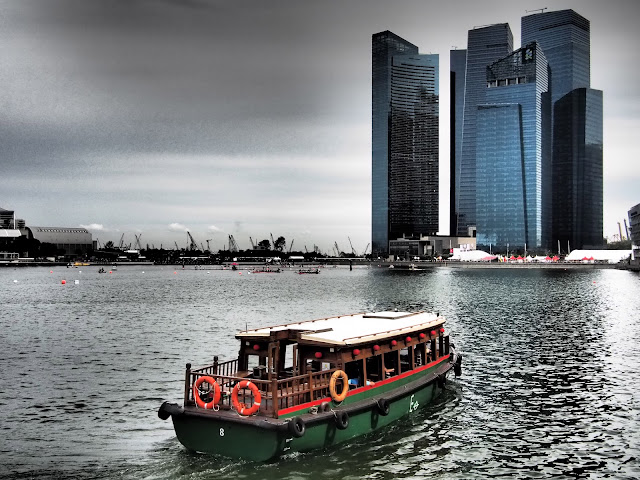 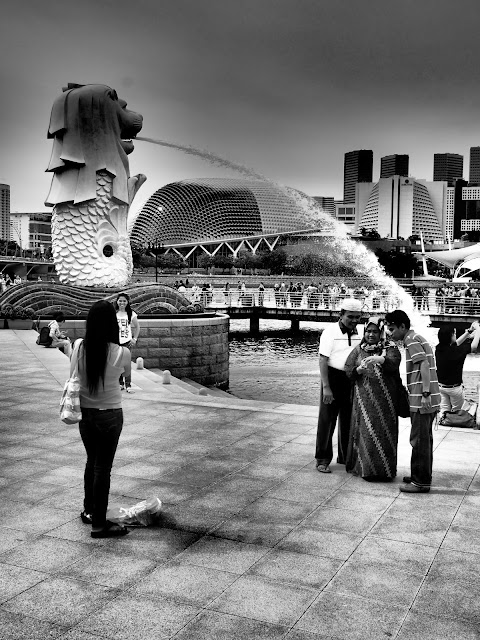 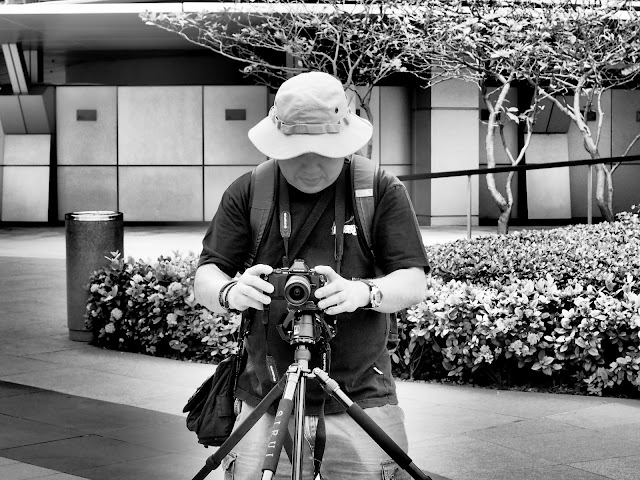 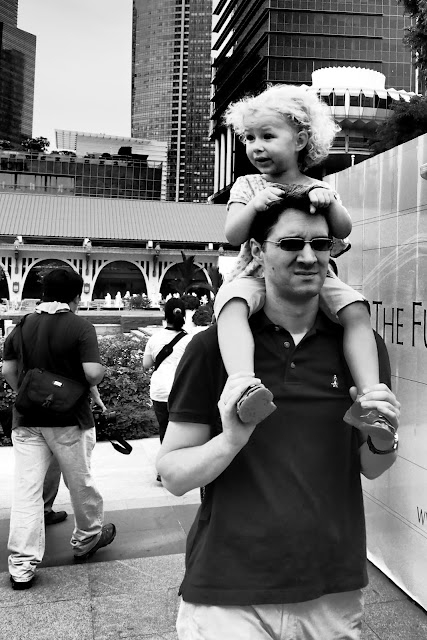 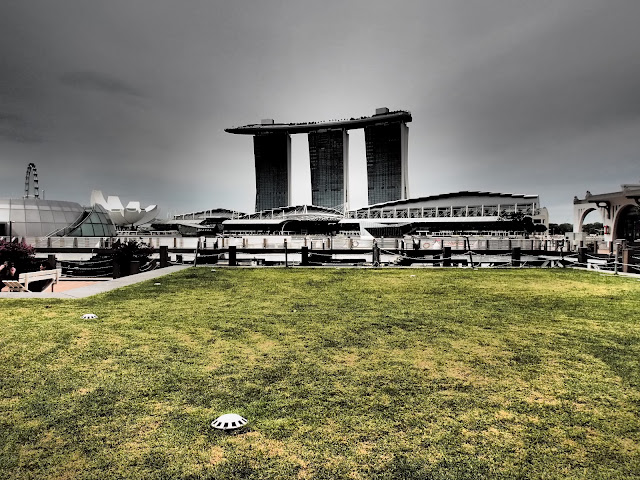 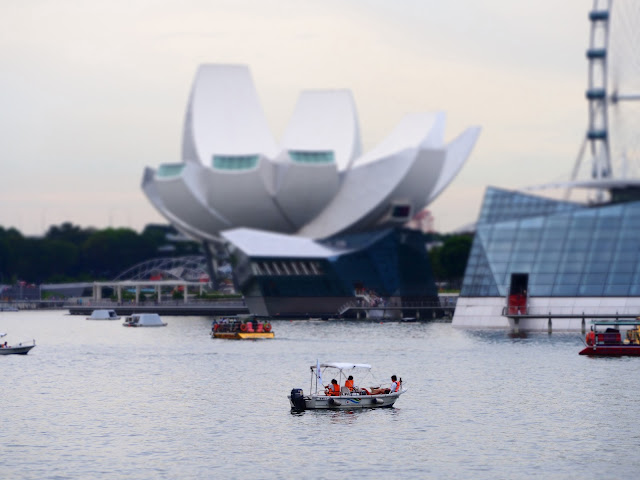 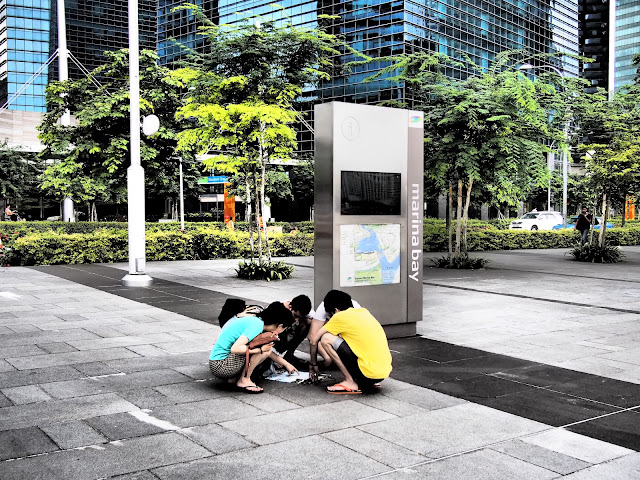