Sharing the joys of my Eeepc 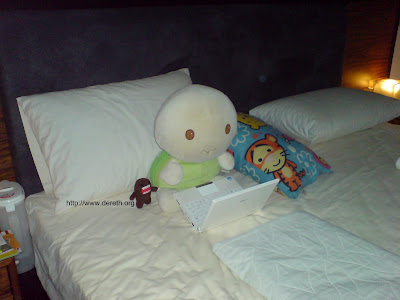 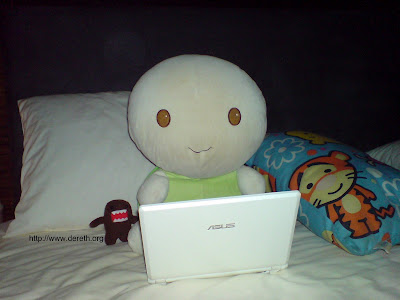 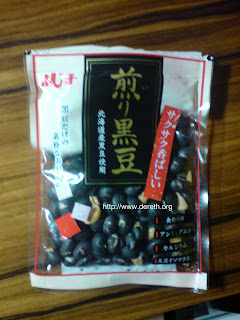 Sorry for the bad picture quality... but DAMN! These beans are da bomb!

Distinctly sweet, with a subtle fragrance of black beans and charcoal. Mmmm... and very crunchy too. :)

This pack of Japanese Charcoal Roasted Black Soy Beans or kuromame (黒豆) was kinda expensive though... S$16 for a 200g pack bought from Plaza Singapura, but, ah well. *shrug*

An alternative to the new bulky Eeepc 900 power brick charger 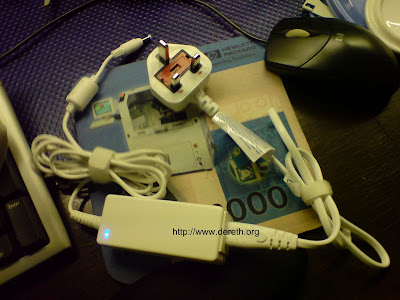 One of the main differences between the Asus Eeepc 900 and her predecessors is the cumbersome power brick shown above. Also known as the "block and cable" charger as mentioned in the eeeuser forums.

I've been (trying to) pack my room in the last couple of days and came upon my old 3rd Gen Apple iPod charger. It has a removable 3 pin header which is now transplanted onto my Eeepc power brick. 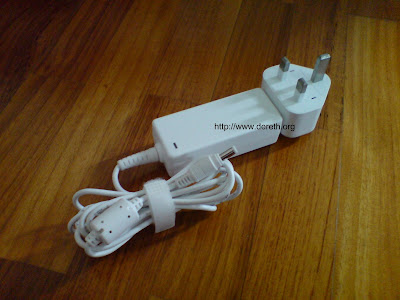 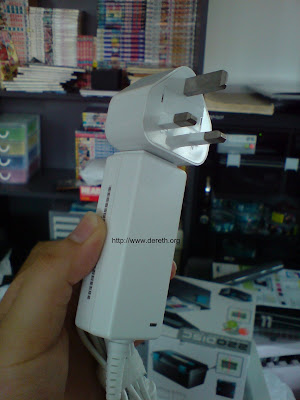 Not the most elegant solution but hey... 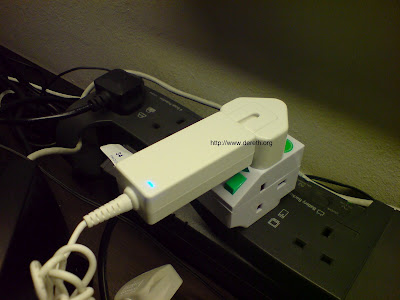 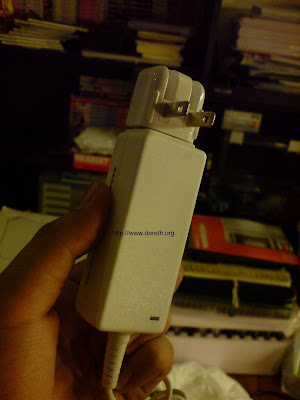 One more thing, my iPod adapter comes with this alternative 2 pin header as well.
@ 1:59 AM No comments: 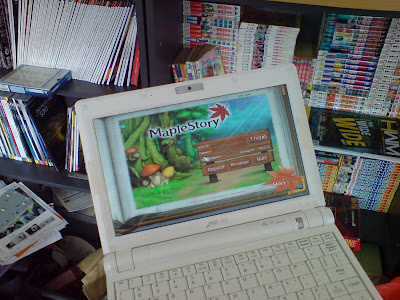 Well, it seems to be working quite fine... 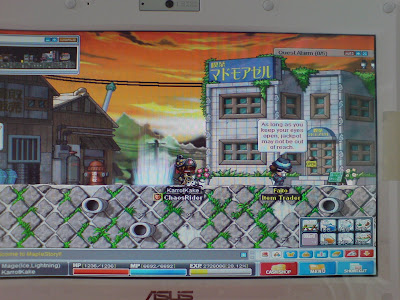 I used to be a Ronald Cheng (鄭中基) fan. I still like his songs. Lots of 'em. His old classics like:
There are a few of his albums that I bought and yes, I have already ripped them into MP3s for my playing convenience anytime via my Mac Mini -> Airport Express -> Creative FPS2000 speakers. The songs are also on my iPod Classic, which I've unfortunately left behind in the office today. Damn, I'm on a 5 consecutive days break starting Labour Day today. 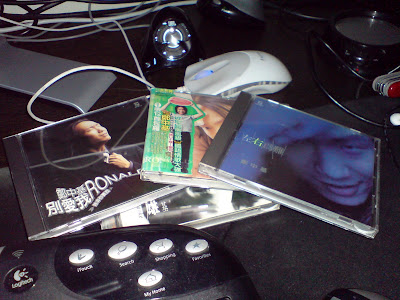 Anyway, I listen to the local LOVE 97.2FM Chinese station pretty often in the morning and at night.

The unbearable thing is that, I've noticed recently, if they are to air any of his songs, it has to be that ONE SINGLE SONG.

Every time. Without fail. It played at least 3 times last week whenever I'm tuned in. I've remarked to my wife quite casually, that the next Ronald song I hear will still be the same.

And you bet, it just played on the radio like 10 mins ago.

There are so many other good songs. Why just this one? I'm getting sick and tired of hearing it. Isn't radio for variety somewhat? 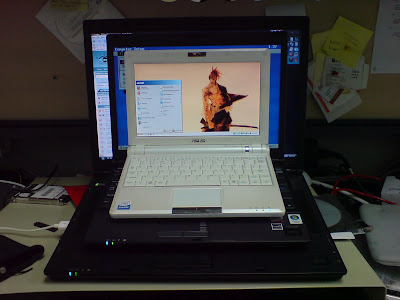 In between, semi-petite, is the laptop I'll be using pretty soon, another HP Compaq business notebook, 2510p. This one is with a 12" LED screen.

Look at the size of that white goodness. Sweeeeet. 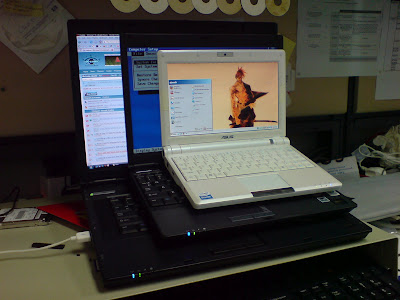 Just a view from another angle. 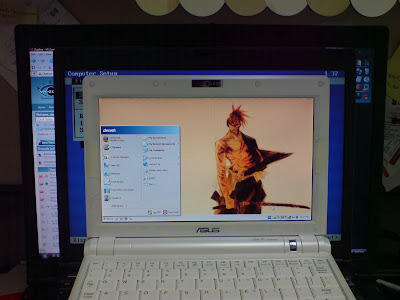 Yup. I've uninstalled Xandros and set it up with an nlited Windows XP CD slipstreamed with Service Pack 3.

Boots into Windows desktop in like 30 secs and after loading AVG, Atheros wireless, etc etc, about 50 secs to a usable state. And after that it's pretty much rock stable.

And the news about free upgrades to 5800mah batteries from the original 4400mah is making me another happy EEEuser. :) 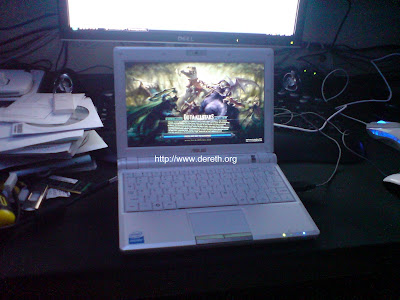