Edit: This post was completed and supposed to be published on 2nd Sep 2011. Somehow it's been sitting in draft and I cleanly forgot about it. I'll have a quick Part 2 soon and share my thoughts on the 3 months that transpired since. 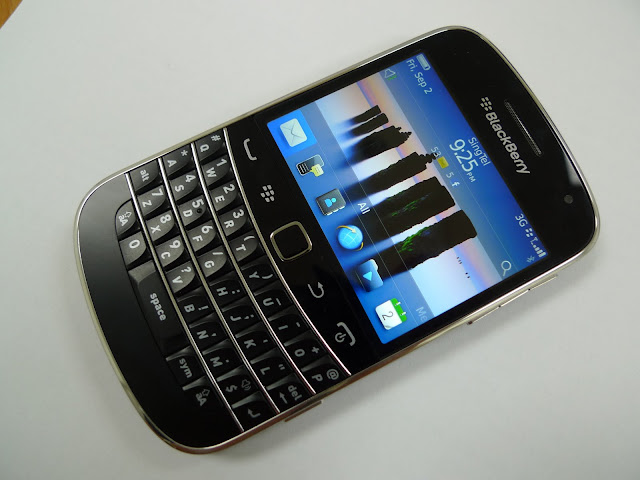 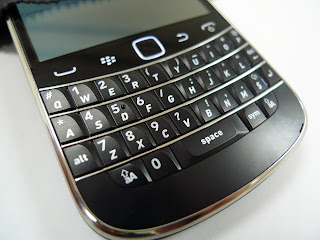 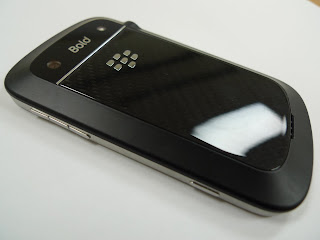 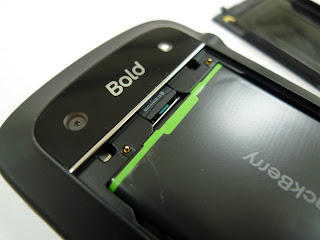 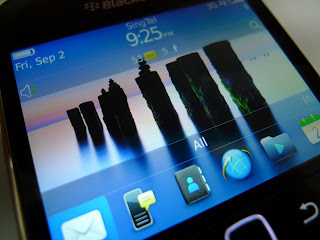 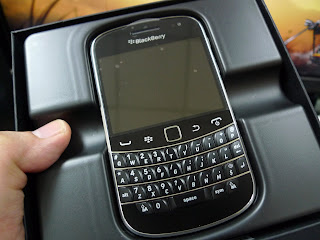 Most good remarks can be retrieved off the numerous reviews from the net, such as speed and web-surfing improvements in OS7. I'm here to share my cons after a day of bonding with the 9900...

1. The camera really suck balls - No autofocus and everything look damn grainy even in bright light. Really loses to the 9780 and even 9700's autofocus. It's not something they can correct with a firmware update I suppose. The camera button is not even a half-press key. EDoF is just overrated and terrible.

2. Lack of a Left Side Convenience Key - It's really is well... inconvenient. I'm too used to having it as my LOCK key.

3. Touch screen not very accurate - Sometimes I can't hit the smaller links on a webpage. Could be due to the depth of the digitizer?

4. Battery blocking SD card - Yes I'm used to taking the SD card out occasionally to transfer photos. Now I have to either remove the battery or use a USB camera to transfer. Then again... why should I bother even taking photos with the failed piece of shit camera?

5. For a device this wide, the profile is too slim - I don't care who the *beep* comes out with the smallest paper-thin phone/tablet/toilet. This is ergonomics. It's not as comfortable to hold the phone in both hands and type like it was on the Bold 9000. (The keys are wonderful on the 9900 though)

6. The back battery cover is now slippery plastic instead of svelte leather. Not the best grip I expect to have on this phone. And a fingerprint magnet for my sweaty paws.

RIM. You suck. Now you're forcing me to keep an iPhone in my other pocket just for picture taking. Or go everywhere with my Panasonic LX3 (mighty fine compact enthusiast camera btw).

I wouldn't have minded points 2, 3, 4 and 5 and would have never written something this scathing if they had not crippled the camera. Well, I love a good camera on my mobile phone. It's great for taking impromptu pictures of happenings, food and idiots. Or for scanning a document. The 9900 can't even focus on the text on a book to take a clear picture. Isn't this a step backward for a premium flagship line?

The reason I stopped using Sony Ericsson phones was because SE refused to improve the video camera quality on the C/K (Cybershot) series and chose to diversify their products lines thinking they can target different phones at different market. Think Stereo Audio on the W (Walkman) series and Video Camera on the P (PDA) series.

Hey, I have the money to buy the damn phone! You can diversify your products all you want. You can make your cheap zero-dollar phones I don't care. I just need you to give me all you have in 1 convenient package so I do not have to make a choice and sacrifice something else.

I was so tempted to embrace Nokia at that time because of their ultimate N series with everything but the kitchen sink. Maybe there was a promo that bundled an N95 with a kitchen sink. I wouldn't have mind paying a premium for it but well.. Symbian happens to be something I wouldn't touch with a ten-foot pole. ;)

Something else of note today.

My wife asked me a question over BBM which shocked me so much that I immediately called her up to clarify that it was a serious question and not a joke.

"When is the iPhone 5 coming out?"

She was, well, you can say a little anti-Apple when she acquired her Bold 9700 2 years ago. I was merely telling her that she is now eligible to re-contract her mobile line, expecting her to ask about the newest BB.

RIM, you're in serious trouble.