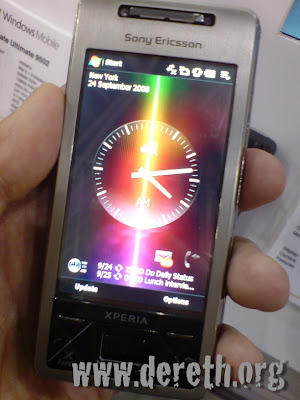 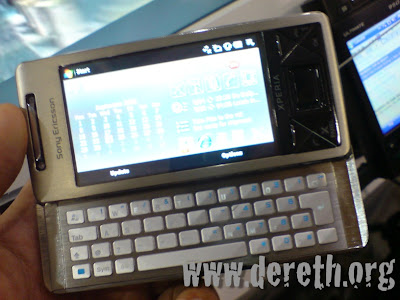 And it's a working set! Not a dummy!

Though I must agree, it's kinda laggy. And yup. Apparently no accelerometer. What a let down.

At least it's almost the exact same size as my K810i.

Note to XDA-Developers: It's a "live" working unit, but it's not the final firmware nor production unit as communicated to me by the Microsoft guys manning the booth. :)